Kudos to the writers of these lyrics and melody (you can probably find the melody online but here is an updated more tame and hopefully accurate scientific version) and cute animation too.

Whenever life gets you down Mrs. Brown
and things seem hard our tough
and people are stupid obnoxious or daft
and you feel like youve had quite enough —
Just remember that you are standing
on a planet thats evolving
revolving at 1,000 miles an hour
Its orbiting at 19 miles a second
as its reckoned
a sun which is the source of all our power.
The sun and you and me
and all the stars that we can see
are moving at 12 million miles a day
In the outer spiral arm at 40,000 miles a hour
of the galaxy we call the milky way.
Our galaxy itself contains a 500 billion stars
its a 100 thousand light years side to side
it bulges in the middle 6 thousand light years thick
but out by us its just 1,000 light years wide.
We are 30,00 light years from galactic central point
we go round once every 200 million years
Our galaxy is only one of millions and billions
its an amazing and expanding universe.
The universe itself keeps on expanding and expanding
In all dimensions it can whiz
as fast as it can go, the speed of light you know
12 million miles a second and thats
the fastest speed there is.
So remember when you are feeling very small and insecure
how amazingly unlikely is your birth.
And pray that there is intelligent life
somewhere out in space
cause its bugger all down here on earth.

Geometric values all related to DNA according to wikipedia, and a cute hand drawn diagram.
For each base pair, considered relative to its predecessor, there are the following base pair geometries to consider:

Shear: a force acting in a direction parallel to a surface
Stretch: a one-way stretch
Stagger: an eclipsed conformation is a conformation in which X and Y on adjacent atoms A, B are in closest proximity, implying that torsion angle X–A–B–Y is 0°.
Buckle:
Propeller: rotation of one base with respect to the other in the same base pair.
Opening:
Shift: displacement along an axis in the base-pair plane perpendicular to the first, directed from the minor to the major groove.
Slide: displacement along an axis in the plane of the base pair directed from one strand to the other.
Rise: displacement along the helix axis.
Tilt: rotation around the shift axis.
Roll: rotation around the slide axis.
Twist: rotation around the rise axis.
x-displacement:
y-displacement:
Inclination:
Tip:
Pitch: the height per complete turn of the helix.
I will work on a diagram that is an improvement over the one found on wikipedia.

Sometimes I see things that make me laugh – though more often than not, they make me cry, or feel disgusted.  But this made me laugh…. this morning driving to work at UC College of Medicine I spotted three new benches (in front of what was in ancient times “the college of medicine — aka the “old college of medicine”, then the “dean’s office” and now Kawolesky hall. These are a couple of metal benches. They are brand new and part of the renovation of the whole west part of the medical campus for the new public health building. NO TREES, and thus on a day like today which will be 90 degrees and no shade, I pity anyone going to “sit” on these benches…. one would certainly “braise (and/or braze) their glutei”.

Just looking at a few proteins on RCSB PDB lets us all know that for sure, unequivocally, without question, nature is great at copy – paste – mirror – rotate.  It is apparently an easy way to achieve variation. 1, 2, 3, 4, 5 and 6 (i am sure there are jillions more, i just stopped at 6). Great for defining new functions and structure-function relationships while conserving effort allowing for flexibility in evolution 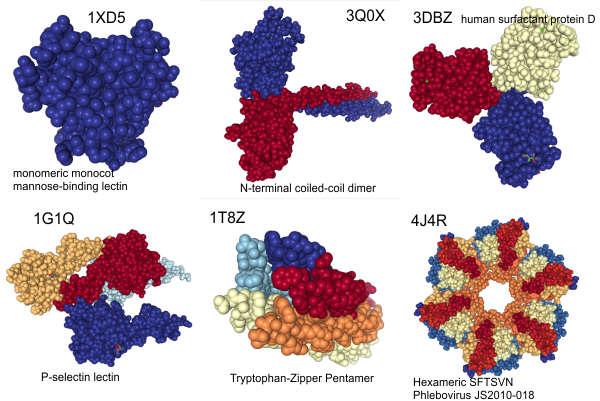 I dont know how anyone makes progress. Some materials and methods dont really describe in much detail what processes are used to produce such images. Whats more problematic is that there is no even consensus amoung journals about how best to show the images and image properties, or even something as simple as a standard for micron markers.

There are standards out there. I know I used to have a grid to establish the magnification (which then had to be calculated back from what pole pieces and objectives I used, but I still tried to do that). Even when markers are present they are obviously off even according to the accompanying text.  Whats more, there was no standard way to put the magnification down for light micrographs… we used to say, “original magnification” 100x, which could mean absolutely nothing depending upon print mag, optivar, objectives camera magnification and whatever.

Does anyone but me see a problem here. Better question, does anyone anymore recognize the germ theory of disease to be valid. Or is everyone a “natural” scientist and have their own opinion.
Kroger has put out refrigerated bins (i think to copy Whole Foods) but do you see that the tongs that are used to individually pick up each item are just put back on top of the FOOD itself. Dirty hands, hands that have just picked noses, wiped babys drool, put their fingers around dirty Kroger shopping carts, handled raw meat packages. WOA… something is not right here. Wake up Kroger. 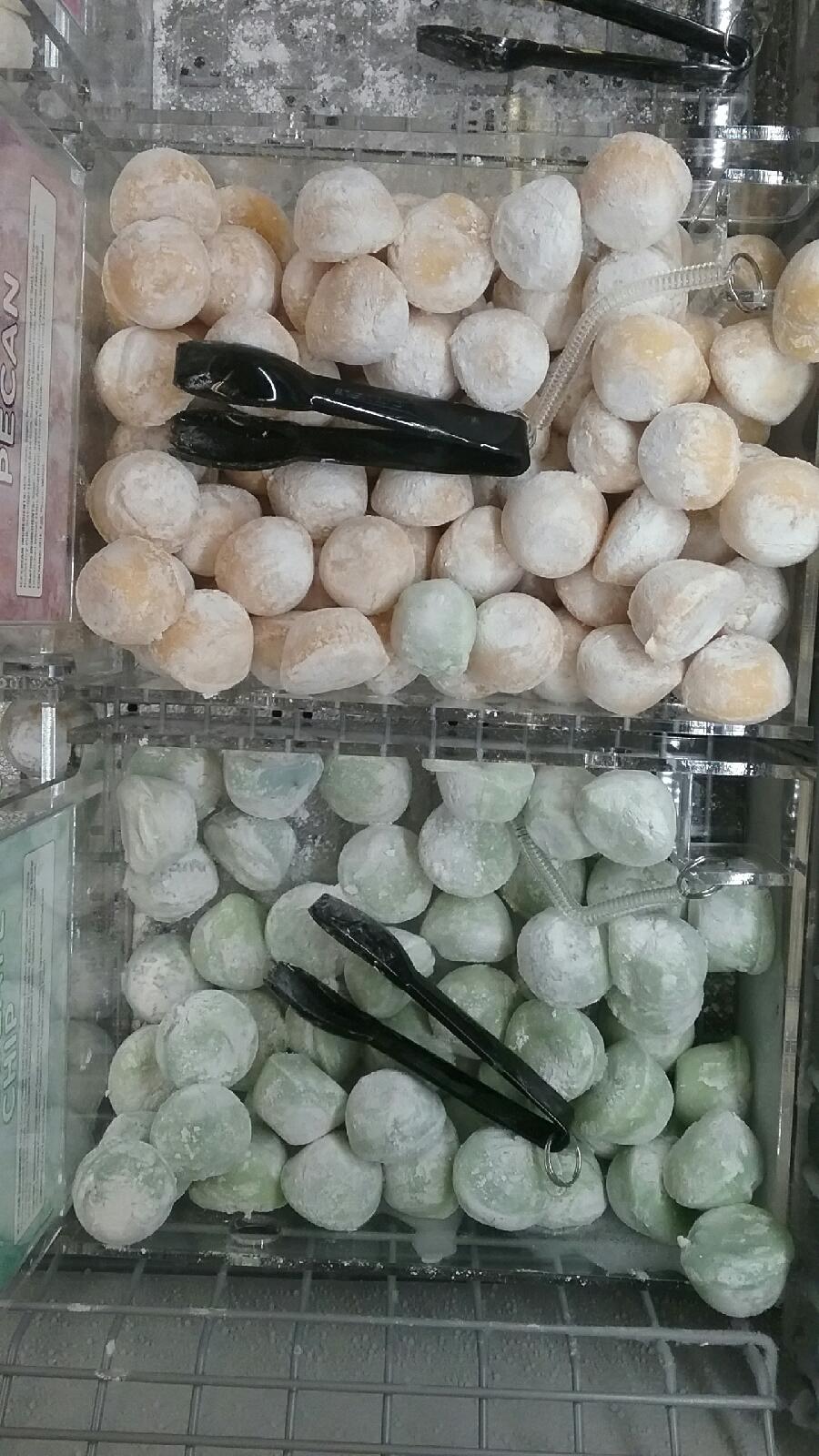 Working on the possible usefulness of surfactant proteins in the construction of fullerene nanoparticles for immune purposes….i google images…many many images, hunting for electron microscopy, cryo-preservation microscopy, electron tomography, atomic force microscopy, etc, to see whether anyone has produced images of surfactant proteins A or D, or maybe MBL as well.  Many exist for SP-D, not that many for SP-A, and some of the other c-type lectins I have not seen TEM for at all.

But just for fun, when i google images of the names of highly oligomerized SP-A or D, i get the terms fuzzy balls, and for fullerenes, the name superballs.  But google brings up the cutest images for rounded protein and mineral and vitamin supplements at the same time..  ha ha…. just fun. And…so much for artificial intelligence in image identification (or naming).

I am a descendant of Katrine (sometimes I find it is spelled Katrina) (K2a7). What an awesome time we live in…. to be able to find onesself in the vastness of humanity dating back to the stone age. Unvelievable, and thank you wikipedia.  I cant wait to add to this post. And a toast to my ancient grandmother Eve, or mt-Eve or  mt-MRCA, as the historical beginning of us all, again, thank you wikipedia.

K2a7 : found in France and Britain

Uncle Otzi : the iceman (“hypervariable segment (HVS-I). Two nucleotide transitions, at positions 16224 and 16311, indicate that Ötzi’s mtDNA belonged to haplogroup K, (but K1 apparently not K2 like me) a subclade of the major west Eurasian haplogroup U”)….  here is a new blog on the topic.

It would behoove us all to examine our expansive backgrounds and unity in ancestry, there are no walls, no borders, no exclusions… we are a collective humanity.  The dots on the map for my ancestors is enormous…. “I might be a lot like stone soup….. a little piece of this and that, from here and there, contributed by countless these and those”

“Haplogroup K originated in West Asia as a subclade of haplogroup U8b some time between 20,000 and 38,000 years ago……It is now certain that haplogroup K was a major maternal lineage of Neolithic farmers and herders before they entered Europe.”
This reference provides a long table of K origins, including this below which includes K2a7. (14,000 – 7,000 years ago; Behar, et al.)
K2

Wikipedia states “A study involving Caucasian patients showed that individuals classified as haplogroup J or K demonstrated a significant decrease in risk of Parkinson’s disease versus individuals carrying the most common haplogroup, H”

L(mtDNA Eve)-N-R-U-K
Haplogroup K, formerly Haplogroup UK, is a human mitochondrial DNA (mtDNA) haplogroup. It is defined by the HVR1 mutations 16224C and 16311C. It is now known that K is a subclade of U8.

Working with a friend and fellow emeritus faculty on a presentation about the birth of the field of statistics I ran across the statement that Ronald. A. Fisher had 9 children.  Two were male but seven were female.  Since the man was brilliant, and since he did experiments on sex ratios in offspring of mice and plants and chickens and other things….. do you suppose his wife (poor woman) was the unwitting, or perhaps willing, subject of some “in house” probability experiments, and the outcome was likely not what he expected.  Lest anyone forget, numbers alone do not tell the whole story.  Ha ha.

This reminds me of my time working with another wild-haired genius, Leland clark Jr. who in his investigations for artificial blood was willing to stretch out his arm and recieve a pint or two.

Scientists are an amazing breed.

And a word in addendum, this era presents a truly tragic story of a man who in an era of the beginning of dominance of scientific thought may have almost crossed the line into the extermination mentality, and white supremacy.  I retrospect it is perhaps alarming but understandable for the early 20th century to be steeped in the voodoo of the then newly discovered eugenics to think that there was a “superior” (that is superior in the darwinian sense) race, and “they” were it… since i have little doubt (but no absolute proof) that Fisher and Neyman were waging an antisemitic-white supremacist war all the while tragically recognizing their need to collaborate as two very great minds working on the same scientific problems.  To me that is tragic, yet comedic in the sense that we all give ourselves such credit for being the “fittest”  LOL.  sorry for my unschooled commentary on two statisticians… neither of whose work I understand, but whose motives are fresh and “in your face”.