Micrograph: Pale green semitransparent mask is over two mitochondria, one each in two adjacent cells. Red arrow points to the inner dense layer (maybe i will add the known proteins there “in scale), the white arrows point to the plasmalemma of the two separate cells, the black arrow points to the center dense “knotted” region, (maybe i will measure distances between visible knots) and the molecules (several taken from the internet, look similar and were pasted into the intercellular region (see demarcation from right hand side transparent grey. 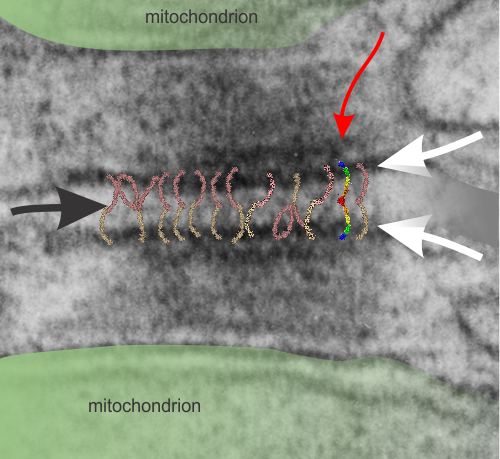