Here is a gallery sheet of desmosomal mitochondrial tethers, and some are double, some are double-doubles (haha) and some have three tethers.  I can’t overemphasize how interesting these little structures are and how critical they must be for cell function. Just considering how the desmosome itself has become a known mechanism of cell signaling, then the energy provided (mitochondria) and the movement of proteins and mitochondria and signaling proteins via the intermediate filaments, and the latter involved also in cell shape change…. makes these structures very very important.  This gallery (making the gallery itself) caused me great grief… ha ha.. my little desk top computer just didn’t want to handle composite images of over a gig.  Would that I had real equipment…  wonder of wonders.  Enjoy the image(s) of whatever these DES-MiTes  (desmosomal-mitochondrial-tethers)  will ultimately be called (dumber names exist in science). 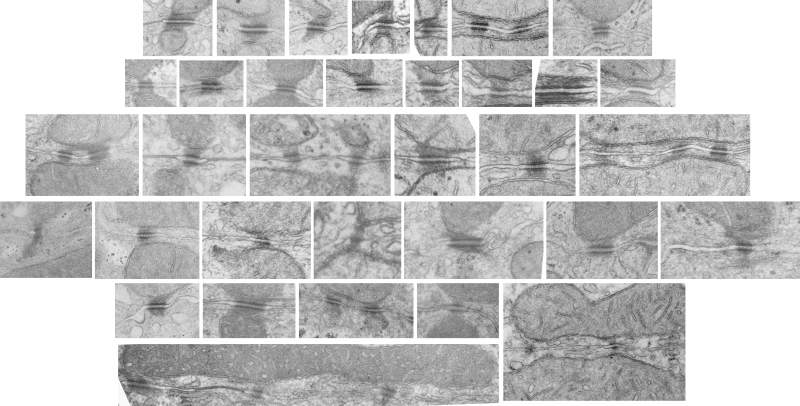