Hmm. Is there a possibility that the inclusions in the inter-cristae space of mitochondria, the inclusions sometimes seen in nuclei (probably invaginations), and the iron-like dense inclusions in the ER hepatocyte cytoplasm, are linked by enzymes that are involved in the maturation of cellular Fe/S proteins for which mitochondria are important. These images are from Gclc hepatocyte specific KO mice, one image (with the nuclear invagination with iron-like spicules upper left) came from a KO that was rescued with NAC the other two micrographs are from wc/ii mice, unrescued, at day 50. 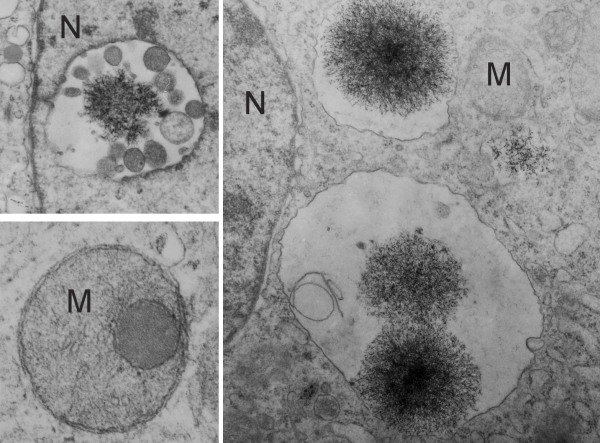