In this particular mouse liver electron micrograph the animal was a hepatocyte specific ko for GCLC, specifically negative 18408 block 78375 wc/ii animal#5 and 50 days old. red dot=@27nm (one cytoplasmic ribosome) used as a micrometer. 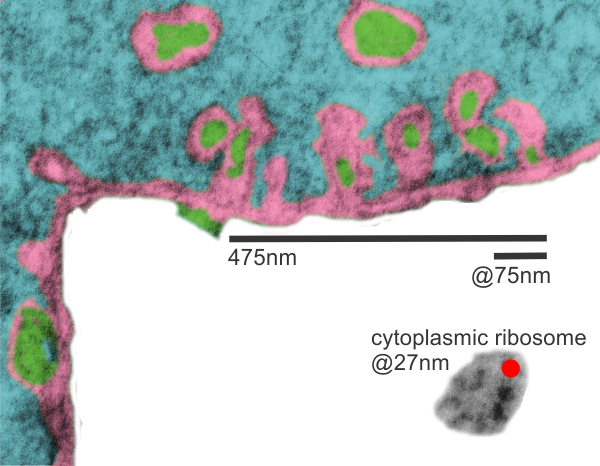 Looking at the matrix of this mitochondrion several densities appear which may be too small of mitoribosomes.

Another mitochondrion which i examined and pseudocolored the same those above, has about 1 cristae membrane junction pore per 250nm or so counted over a stretch about five times that long. Clearly, physical state (these KO mice) nutrition, gender, cell type and function which the mitochondrion is supporting.  Green is the inter cristae membrane space,  pink is the outer and inner mitochondrial membranes, blu background is the mitochondrial matrix. The tissue from which these sections were made was a ko, (conditional KO of GCLC in liver).