I was looking at this cute video with dozens of little kids who turned up their noses when being fed broccoli ..this was on  facebook (i don’t know if i could find it to post it here) but after viewing the video i began thinking about what would cause babies to reject a food that i personally think is a really healthful part of our diets. Truth told, i dont think my mom fed us much broccoli as kids, sadly, and i didn’t eat much of it until my seventh decade. 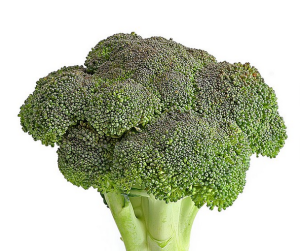 The babies universally made cute screwed-up expressions, when asked to taste broccoli and spit it out. I began to reason that this video send out some of that “fake news” that never gets straightened out, and the take home message which was “broccoli is horroble” was the “wrong” message.  The message here  “i hate broccoli” is not the message that should have accompanied the video.  Instead of “i hate broccoli” the message should have been something like this:

What a marvelous instinct has evolved in babies that protects them from their urges to put things unknown in their mouths when mom and dad are not watching.  Foreign objects feel, taste, and smell different than the bland diet they are used to and such odd tastes, shapes and textures  (particularly like broccoli), would trigger such a “warning” response that having a vigorous negative response to such items would indeed be a very good instinct to have.  I have read where exposure to new foods in infants requires an enormous number of “trials” maybe upwards of 17 — at least that is the number that comes to memory, before an infant or toddler (and some adults) will try to eat a new food.  A marvelous instinct that has undoubtedly saved many many children’s lives.

HERE IS A NICE ARTICLE ABOUT introducing new foods, and foods in general from TODAY’s PARENT but it doesnt address food rejection in infants. THIS ONE DOES.