ADDED several new dodecamers to the measure of arc angle of the individual trimeric arms of a dodecamer of SP-D.
N 39
Sum: 1425.97
Mean (Average): 36.563333333333
Standard Error of the Mean (SEx̄): 1.5825376081318
Center angles for surfactant protein D, grouped by degrees (10) do show a tendency to be organized into two sets. You can see that acute and obtuse angles are present. It did require the measurement of more than 30 randomly found TEMs of SP-D to arrive at this graph. Initially no division was seen, the angles looked more like a continuum.

Picture below has several dodecamers added from yesterdays post and it represents several (probably at least 4) different laboratories and at least a few molecules from each. I have created a second “quintessential” SP-D molecule with measures. See bottom figure. It becomes pretty critical to measure the arc angles from the edge of the N +whatever portion of the collagen-like domain remains closely tethered in the center of the SP-D dodecamer.  The arc angle changes dramatically with that adjustment.  I will measure N terminals of these same molecules (or what everyone describes as the tethered N terminals) and compare with actual TEMs.  I can tell you from the diagrams I have found, no one gets that one right when they draw their dodecamers.  haha. 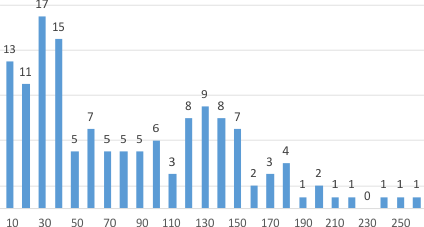 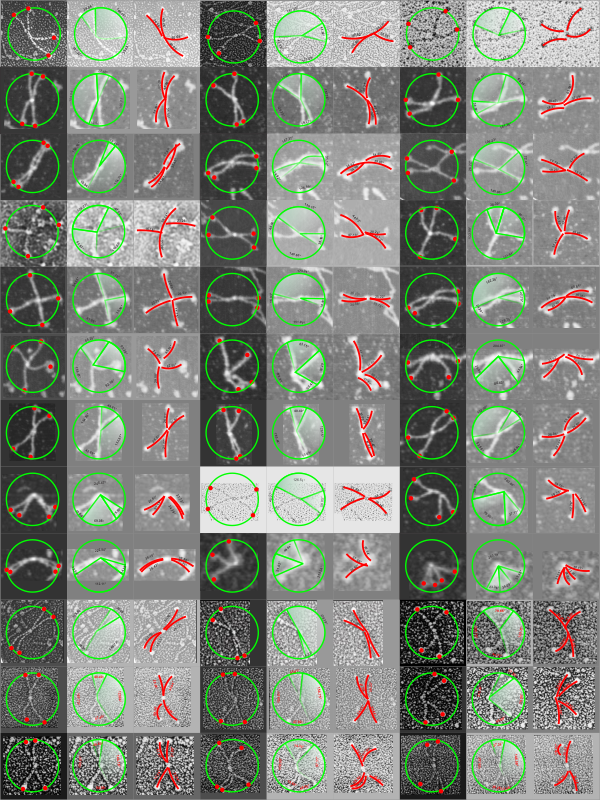 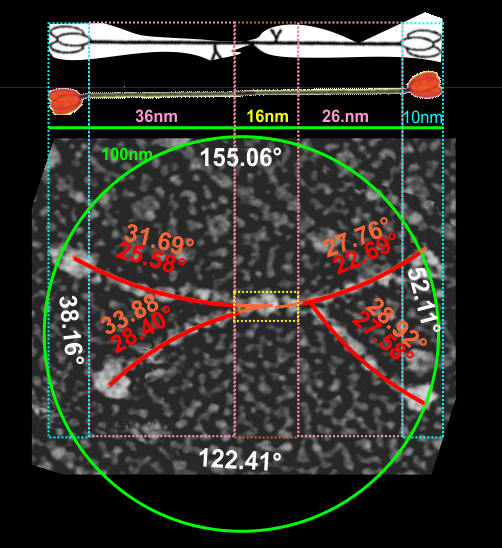