I have tried quite hard to figure out why there is a discrepancy (about 122% larger) in the size of the surfactant protein D dodecamers (well all species of SP-D molecules) in the cover image (which is stated by JMB cover description to be 1micron as the bar marker – total relative width of the micrograph) but which when calculated on individual selected out dodecamers is off by considerable amounts…. much larger. I redid this at least three times thinking i was making an error but i am pretty sure that the cover image micron marker (in the text) is not correct.  This makes it a little harder to explain when I return all dodecamers to a standard size (to be determined yet, but somewhere around 145 – 150nm from the tip of the CRD on one arm to the tip of the CRD on the other side.  If anyone out there is listening or has an explanation… please advise. Image below (top dodecamer) shows a dodecamer from their figure 1 measured with the bar marker for that image, and the bottom dodecamer is excised from their cover image and sized with the magnification given in the cover text. 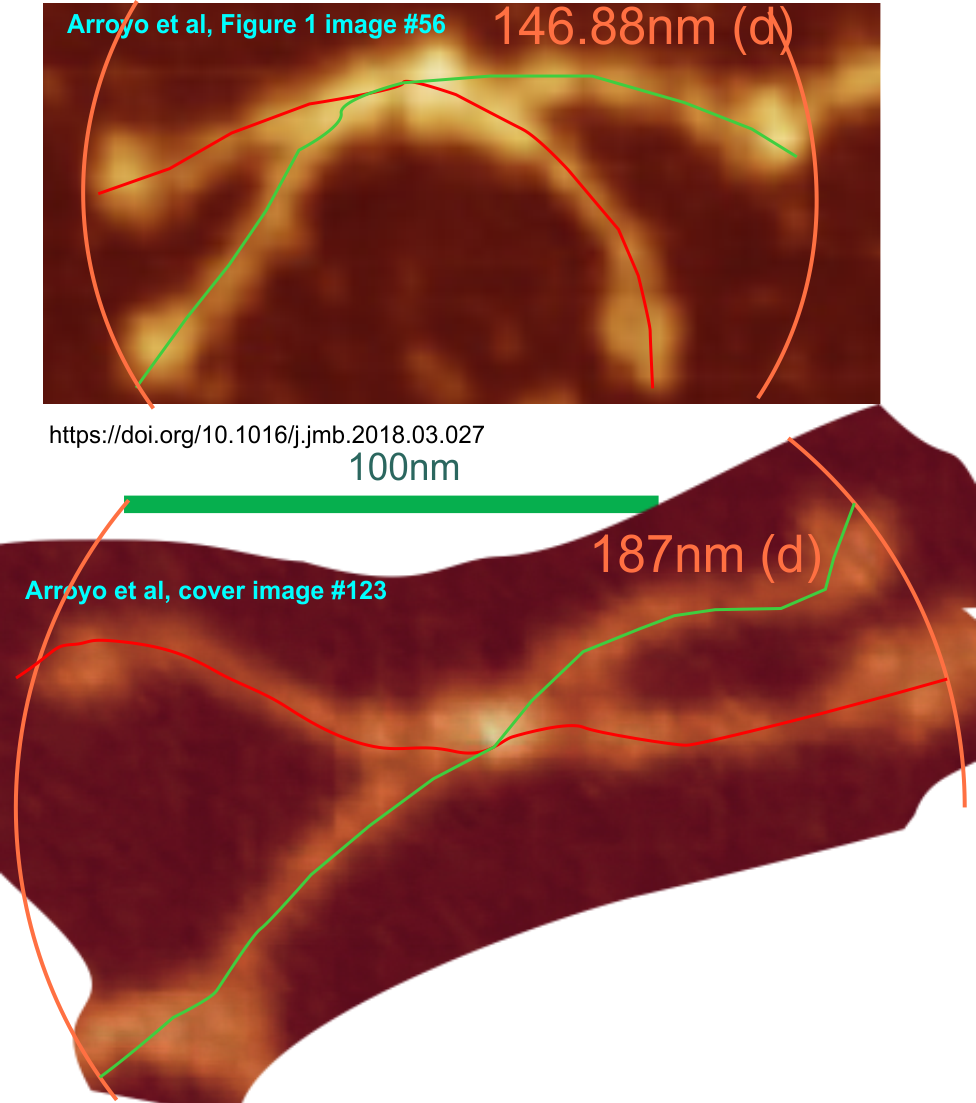