Shadow cast image of mini dodecamers from White et al (Figure 3b – with their quote from Figure 1 -“MiniSP-D lacks two exons of internal collagen sequence
(C3–C4)”), measured for a comparative size – specifically because the CRDs in the mini SP-D dodecamers were significantly different size than those of the rSP-D in the same image and purportedly the same magnification (per this post) . 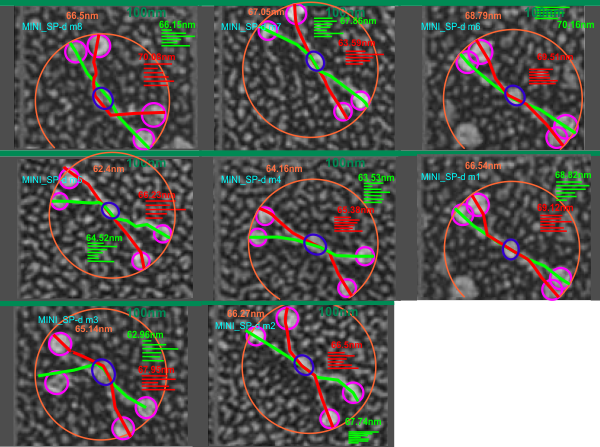 n=24, which includes segmented line measurements of each hexamer separately, and one measurement of diameter (touching the outer edge of at least three of the four dodecamer CRD. x=66.53 nm + 2.2