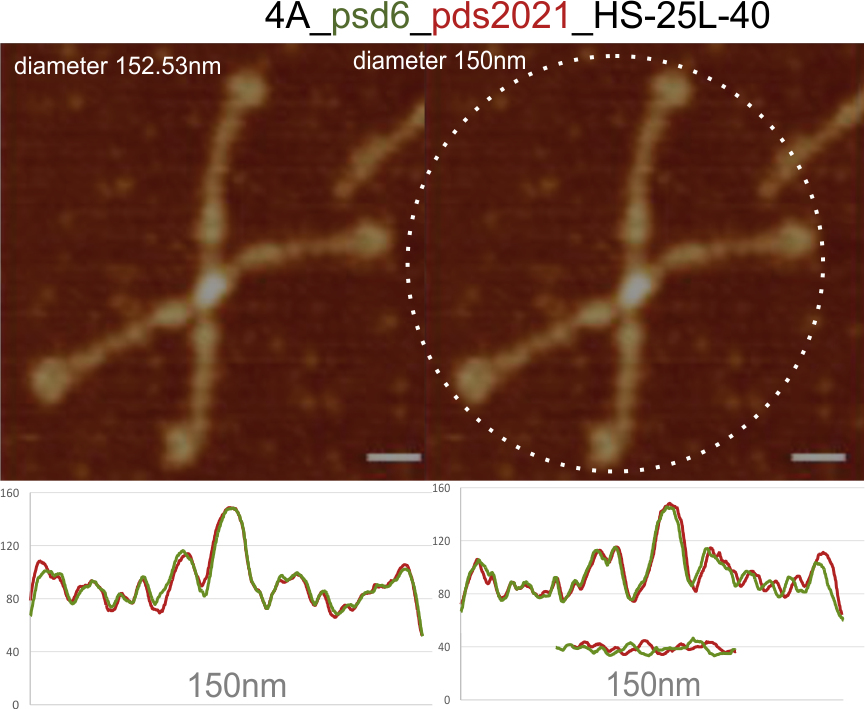 Image processing is helpful in interpreting some types of photos.  It doesn’t seem to be of much help with traditional TEM at all, in terms of sharpening or moderating the images outside of some very basic hue/saturation/lightness options, basic contrast, and getting rid of some pieces of dust dirt or previous labels.  Shadow cast and negative stained image with TEM are a little bit of a different story and some processing can help, but the biggest place that I see processing images (not the big and aggressive processing like masks and segmentation and counting objects) to remove pixelation, or increase the readability of LUT plots, is in AFM.

One sort of sad thing is that companies that are the best at using unique algorithms for manipulating raster images are also very expensive, and have invasive (in you face computer antics to which i can attest from the recent owners of CorelDRAW and of Photoshop 2021) and may not provide much if any improvement from the old programs which one typically has on disc.

In trying to determine the number of  brightness peaks in the trimeric arms of SP-D I began to feel guilty about using imaging programs that were 10 years old and decided to compare image processing outcomes of newer versions of the two programs i use most often (CorelDRAW and Photoshop).  In this endeavor I also tried the processing of ImageJ and Gwyddion and found that they are not really preferable to the general run of the mill old versions of CorelDRAW and Photoshop.  Image here compares an original photoshop 6 (easily 10 years old) and photoshop 2021 (a subscription) (the same processing was used for both images  (the original image of SP-D derived from a screen print of Arroyo et al, as mentioned countless times now).  Photoshop 6 on the left (green plot lines) Photoshop 2021 on the right (red plot lines), and arms 1 and 2 digitized in ImageJ and each similar arm (as arm 1 (left) and arm 2 (right) plots superimposed. The processing in this case was the same in both photoshop versions, that was  image adjustment>HSL (with hue not changed, saturation-25 and lightness -40)(written as HS-25L-40).

Bar maker from the original image was kept with each figure (and was reported in this image as being equivalent to 20nm). Diameter of each dodecamer digitized in ImageJ and touches the outer most edge of 3 of the 4 dodecamers (in this particular image things were pretty tidy and all four CRD to come close to the circumference of the circle, but this is not usually the case). Background is in set of plots on right.

Segmented line tracings of each hexamer began thusly: arm 1, most left portion to the right hand (near center horizontal) arm 2, begin top slightly right of center and descend to bottom of the hexamer.  This can be checked by the peak that has two close bumps on the left side of the vertical plot where two very close bright spots can be seen.

The objective of this whole exercise is still to determine how many peaks are in the area of the collagen domain between the alleged glycosylation site and the neck+CRD. Hopefully along with that information is some reasonable insight into what processing programs are easy cheap and sufficient, and what algorithms enhance the data without changing it. 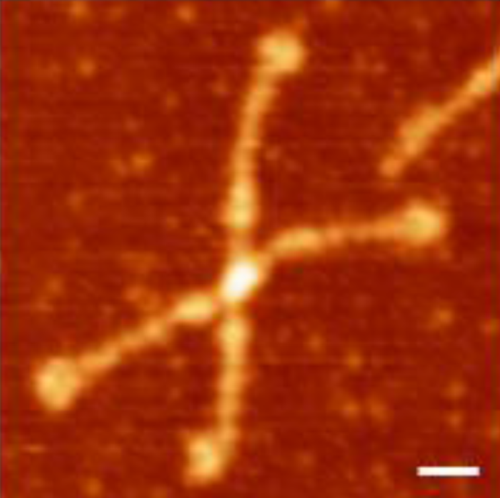