Working on surfactant protein D dodecamers, the number of peaks across the entire hexamer (CRD to CRD) and specifically a tiny peak beside the N termini peak, and the number of peaks (3 or 4) along the collagen like domain (after the glycosylation peak).

I have noticed that tracings that are horizontal (at least the horizontal portion of the plot) obtained in Gwyddion looks pretty much like the plots replicated on the same image in ImageJ.  However the slightest vertical bend changes the shape of the plot completely, almost like the x axis no longer registers.  See image below.  So this dodecamer has been shown on this site many times, so i consider it a stable study.  Plots made in ImageJ are on the right, those with Gwyddion, on the left.  Each arm and a background LUT plot has been drawn and saved to excel.  (BTW, the process of saving the plots out of Gwyddion for me is a little cumbersome). Each curve was saved with a screenshot as a comparison so as to demonstrate that the actual line (segmented line in ImageJ) does not differ so much.

The same image was rotated 90o counter clockwise and then the two arms and background plots were made again.  The difference is clear.  The recommendation is to either not use Gwyddion for this type of application, or go to the forum and find out why this happens and fix it.  For me personally, I will just use ImageJ, as it is simple and straightforward. 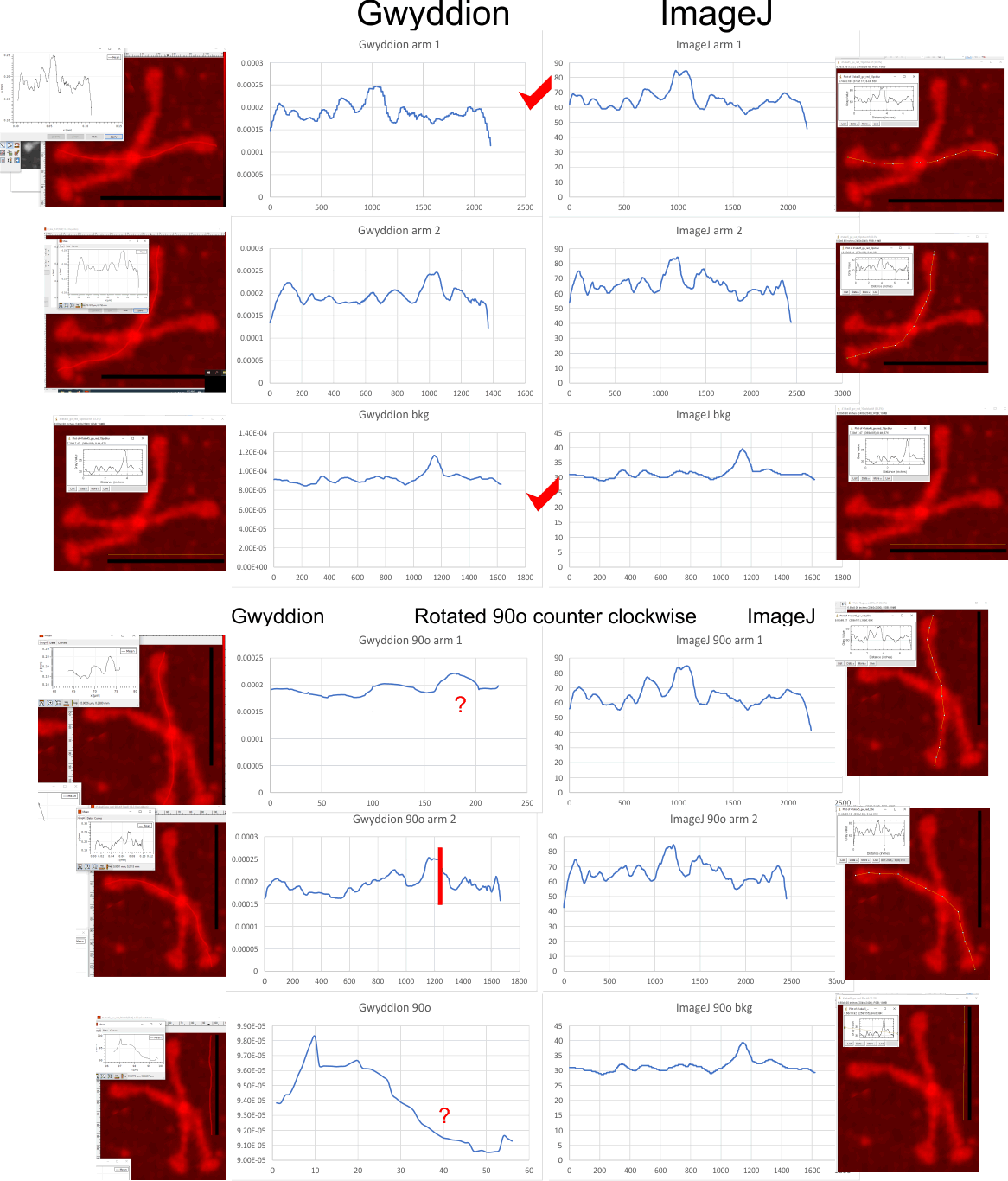