It has been a while since i posted results of my attempt to determine the shape of the SP-D dodecamer (hexamer and trimer) using AFM images (mostly from Arroyo et al). Plotting and finding signal processing programs to do this without bias (of course that was naive, as there is choice in the paramaters of each programs algorithms) took a couple years… but adding two new dodecamers (hexamers, trimers) to the dataset took just a couple months. The data can be compared, the first four, vs the first 6, that is the original four reduced to more or less similar numbers of plots and similar numbers of signal processing programs with two new added.  The latter two will provide the format used for all others.  That is: one image, six different processing methods, the first of which is “without signal and without image processing” the other five using signal processing programs (those selected have been stated before). So these data are the first four fact finding, but trimmed, datasets, and the data from the last two images are provided from what will be the methods for all future plots.

Just trying to figure out how to make these plots tell a story…. 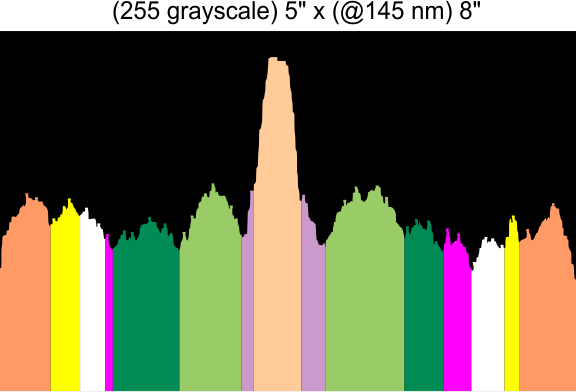 Most preliminary numbers are of the hexamer width.  See below: top image was the original set of four. Image below that (six individual dodecamers, listed separately, and with two means for the whole – 1) which includes all plots in a single number (n=1 big dataset), and 2) the data for each of the six molecules individually (n=6). You can compare the initial results with the more refined results… pretty similar. 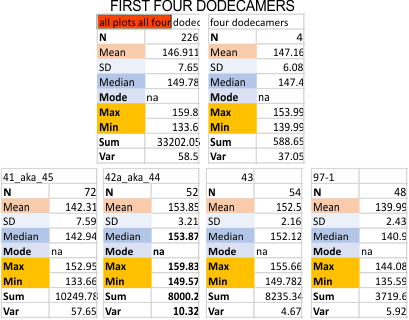 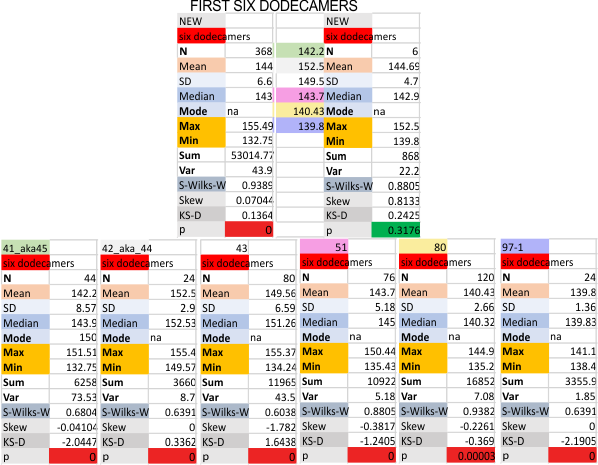