Easy to use, I found this to be the most efficient way to determine the diameter of surfactant protein D dodecamers.  I think it will ultimately be just in between the measurements that correspond to the shorter of the two hexamers, and the longer, which is where it should be.  It is a circle drawn to contact the edge (in this case, the most peripheral part of the carbohydrate domains) of three of the four.  Example below.

One dodecamer (from Arroyo et al), screen print, resampled at 300ppi, image processed in CorelDRAW 19 using the “smart blur”.  This ends up being 136.53nm, very close to what was found for 95 separate measurements of the same image (see mean and sd below) 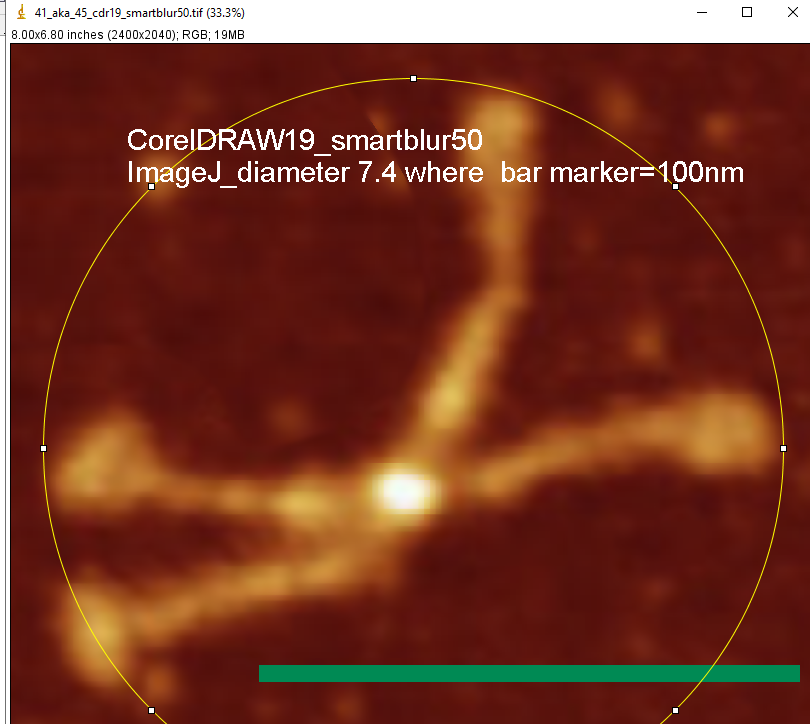