This is the beginning of width and height counts for the summation of numerous measures of many image and signal processed plots for a single dodecamer. (see previous posts) and image of the actual dodecamer at the end of this post – a guide to labels and names used in the summaries).

Starting with the width of the N terminal peak which is a junction of four N terminal domains from each of four trimers, thus 12 parts. Results in nm (calculated from the bar marker in the original image).

No variation here in the width of the N term peak regardless of how one measures it. It appears that going from one side to the other within the context of each arm shows an even and r

egular arrangement of the three trimeric N’s.  When measured individually, the same results appears. Some of my original counts did NOT include a tiny peak on either side of the N term juncture and this accounts for the change from @20 nm width to the current value of @15 nm.  The appearance of that tiny peak resulted from the use of signal and image processing tools. 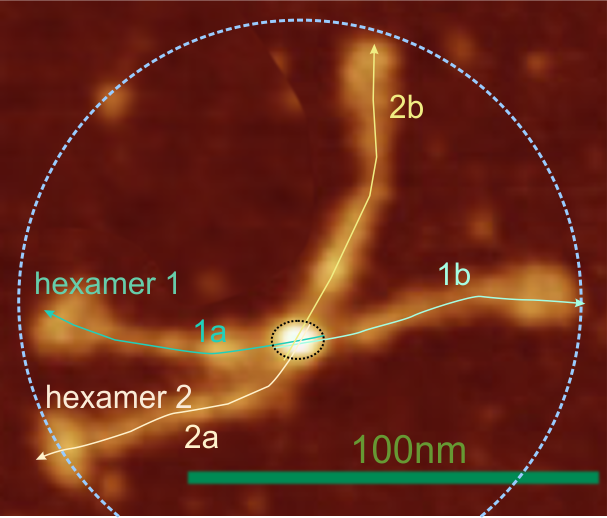