For a long time I have wondered if there was any way i could determine whether the four trimers of an SP-D dodecamer could be attached not-end to end, but side to side. The images below show the first attempt to use image and signal processing to determine whether the N termini junction shows any indication of a side to side binding by showing differences in brightness within the broader scope of the N termini junction image as found with AFM.  These four plots (directions are crux 1 (shortest side to side of the N termini peak, that is, a line drawn from the widest angle of the dodecamer peak to the other wide angle); crus 2 (long direction of the peak (the narrow angle between the trimeric arms to the opposite side (also the narrow angle), as well as just the center N termini junction peak in each of the two hexamers (arm 1 and arm 2  (the latter two being two trimers each). With just this ONE dodecamer being analyzed so far, this is just a quick view…. but it seems that there are tiny peaks before the rising peak of the N termini in the arms, but not in the crux 1 and 2 measurements (see purple arrows on the images). It also seems that there is no flat place or depression in the plot of crux 1 (side to side from wide angle to wideangle), but there might be indication of a divot in the crux 2 and arm 1 and 2 plots.  This might indicate that the N termini junction has characteristics not normally described that might shed light on its structural nature.  Images below – top to bottom are, crux 1, crux 2, arm 1, arm 2, covering just what is plotted as the yellow line at the N termini junction. 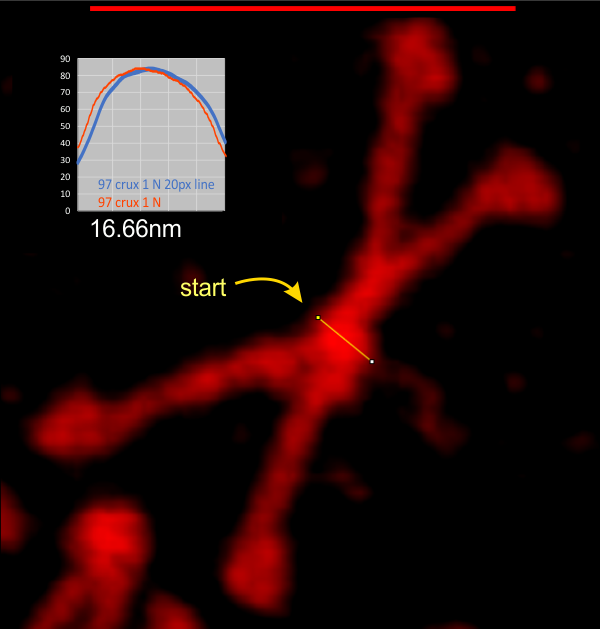 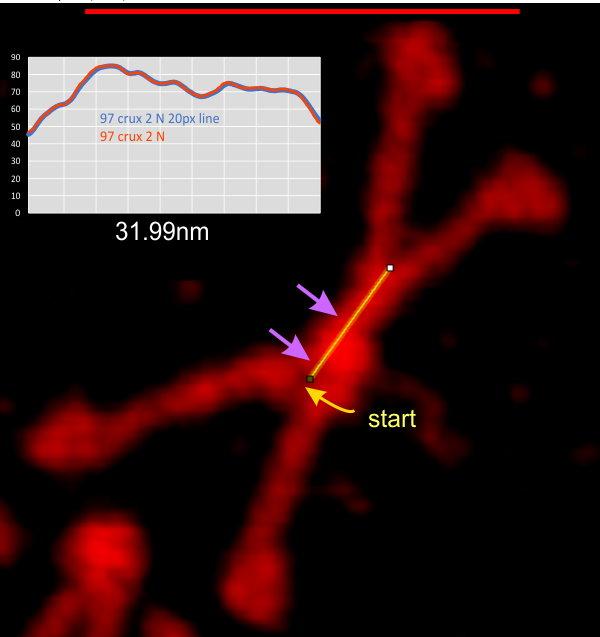 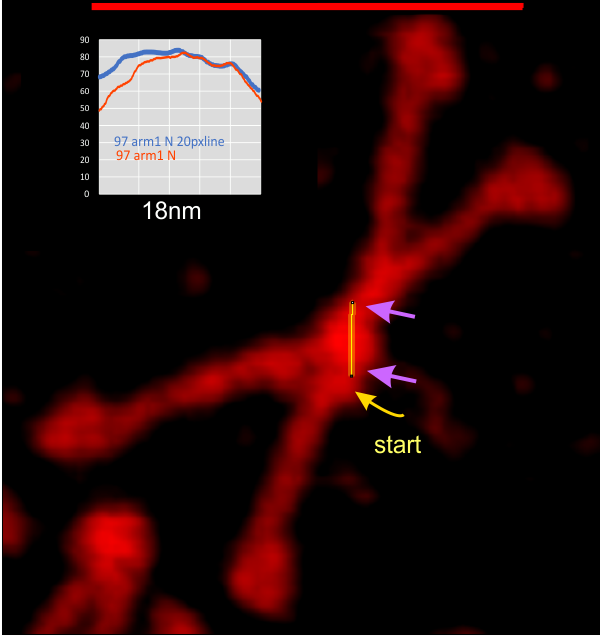 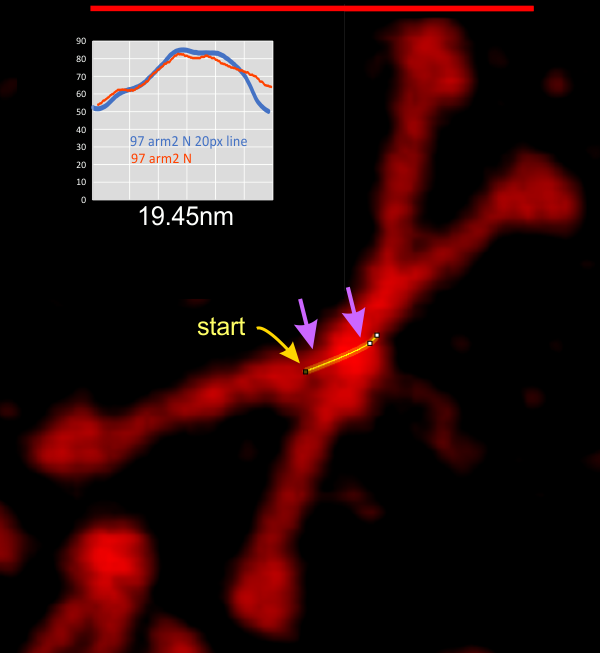